Last night Scott and I went out out for beers and poutine.

First we went to Le Cheval Blanc, a great neighbourhood bar a subway stop or two away from my place. It snowed like crazy the whole night and I was once again glad I invested in a good pair of boots. 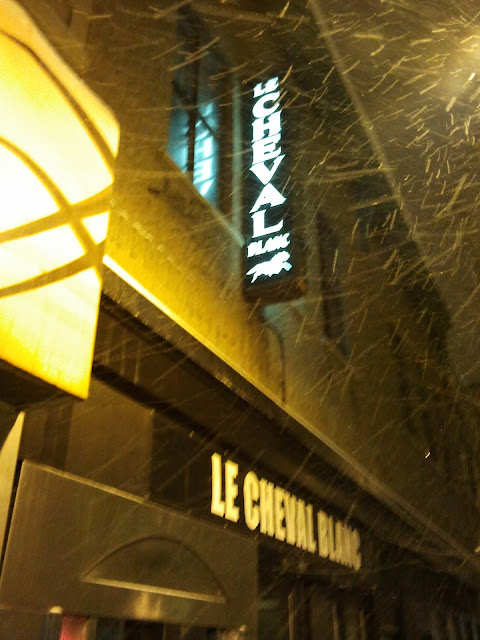 They had some INCREDIBLE beers. We tried four varieties: Blonde, Citra Wiezen, Triple Bock, and Marzen. The Triple Bock stole the show - it was a thick dark beer with hints of coffee, caramel, and fruit. Just sipping it was an experience, as you could taste so many flavours at once - and the multiple flavours didn't clash or override each other. Just awesome.

Around 1:30AM we decided to hike to La Banquiste, a famous 24-hour poutine place that features over 25 different kinds of poutine! The walk normally would have taken around 20 minutes but took a bit longer going through heavy snow. 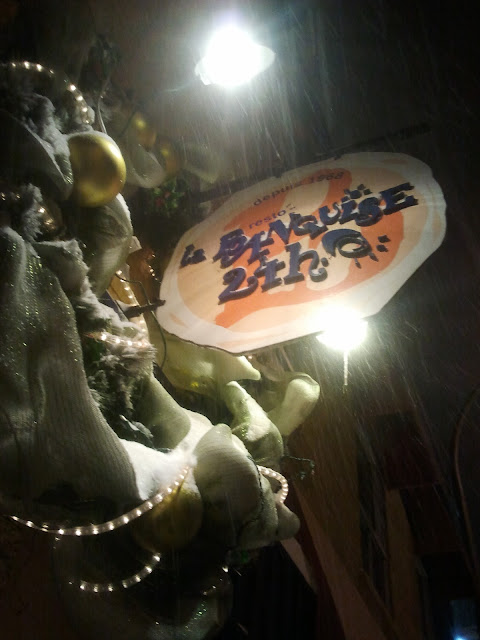 At 2am the restaurant was packed and there was a line outside. We waited about 10 minutes before we got in; after that the service was fast.

I ordered Poutine B.O.M - poutine with bacon, onions, and sausage on it. 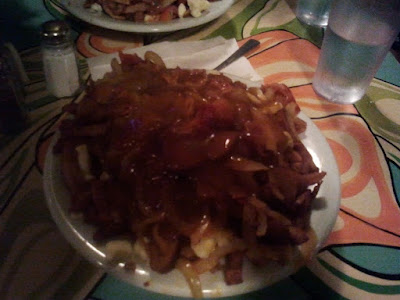 It looked like a brown lump but tasted amazing!!
Scott ordered Poutine Taquise, with guacamole, sour cream, and tomatoes: 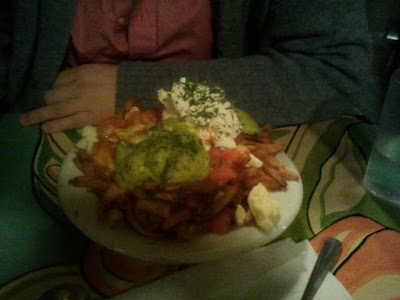 Healthy choice! Haha
The portions were comically large and neither of us could finish. By the time we were done the metros had stopped running so we each walked home - it took me about 30 or 40 minutes because of the snow. I finally crashed in my bed around 3am and had my first sleep my new bed and apartment! Comfortable!

Today was a slow-paced day, which was perfect considering the beer and poutine last night. I did laundry, bought a TV, talked to my mom on the phone, and talked my cousin and her family to set up a supper for later in the week. I'm hoping that FedEx delivers all of my stuff tomorrow!