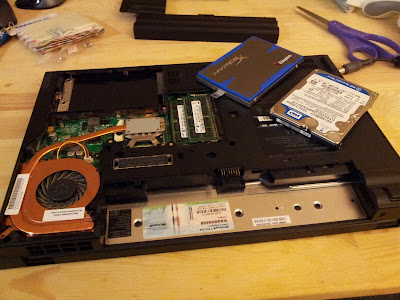 The whole process took just over an hour - 5 minutes to skim instructions, 10 minutes to pull out the old drive, install the new one, and connect the old one with USB, 50 minutes of data copying (I read a book), then it was done! I booted up and everything was just how I left it.
Posted by Brahm at 5:00 PM