Spring magically appeared in Montreal on Saturday, and it looks like it's here to stay - I hope!

I wanted to take so many pictures on the walk home today, but didn't because taking cell phone pictures of people is weird:


Also, it was hot enough on Monday that I had to turn on the air conditioning in my apartment! Maybe it's the west-facing windows.
I'm an April baby and I got a really nice birthday card from my family in the mail today. Lots of love on the inside but on the outside - a dinosaur to stick stickers onto! 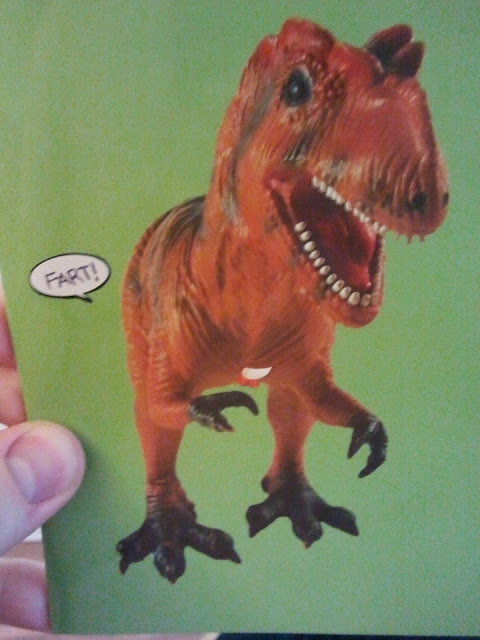 Someone has already added some stickers to it! Hahaha
My dino: 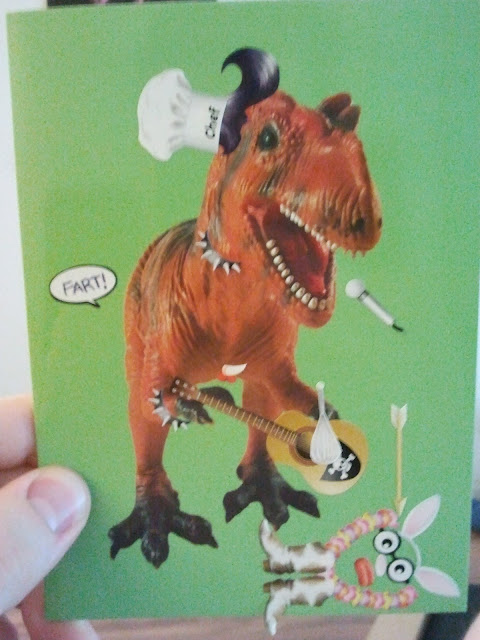 I just needed to make it as metal as possible. Yes, the T-rex is playing a guitar with a whisk.
Posted by Brahm at 5:17 PM