The weekend is here, and what's a nerd to do in Montreal? Go to the science centre of course! Read on...

First I met my cousin and her family and we met at Noodle Factory for lunch. They make all of their noodles and dumplings from scratch daily and this place is one of Montreal's hidden gems. We went around 1:30pm to avoid the noon rush. 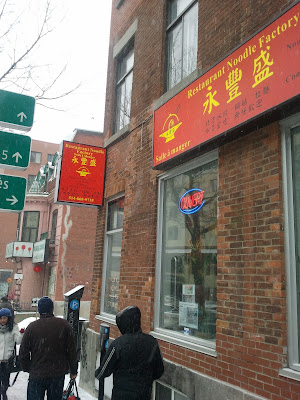 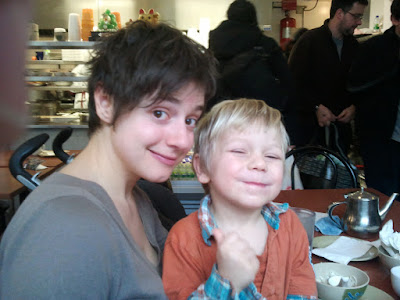 I told Loquinn to give me a big smile and this was the biggest he could muster. He looked at the picture after I took it and exclaimed, "What a big smile!" 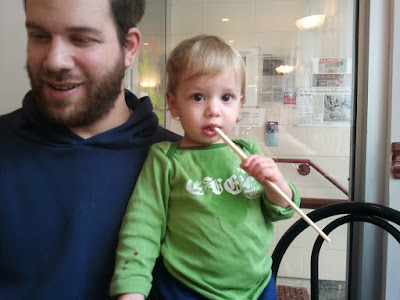 When I brought my phone out to take pictures, Loquinn (the oldest) was fascinated. I showed him how to take pictures using the touchscreen and he took about twenty shots of the table in front of him just to see the screen go black for a second. He also managed to take a few pictures of me! 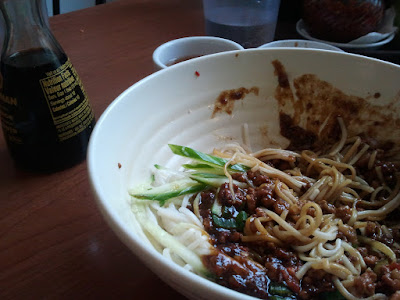 The only table shot that had food in it - the rest were empty patches of table. 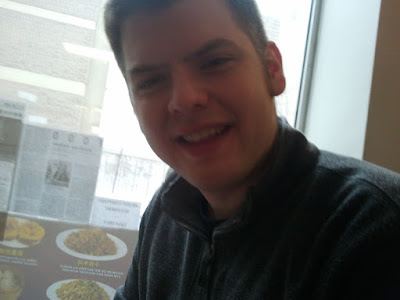 In my head I was thinking "this is why I bought a protective case for my phone.. I don't know why your fingers are so wet but they are!"
I was planning to go the science centre anyway and I asked if they wanted to come along and they did! It was about a 20 minute walk to get there through Old Montreal: 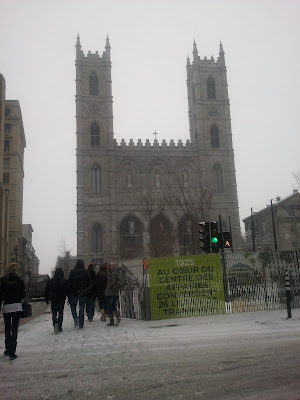 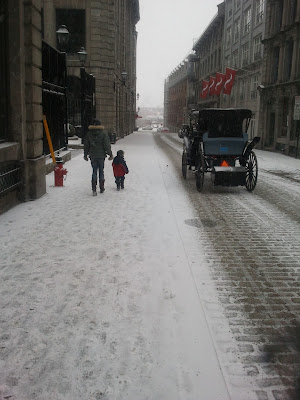 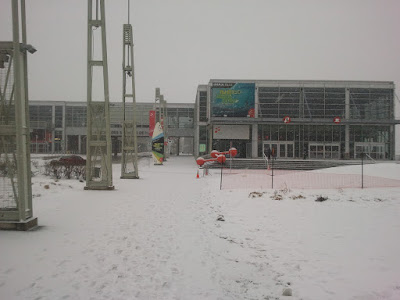 Science!
As it happens one of the exhibits was "Sex: A Tell-All Exhibition" which was interesting for how frank, honest, and visual it was. I am not sure if the Saskatchewan Science Centre would host it, but kudos if they ever do.
For instance, here is a table of phalluses covered with condoms: 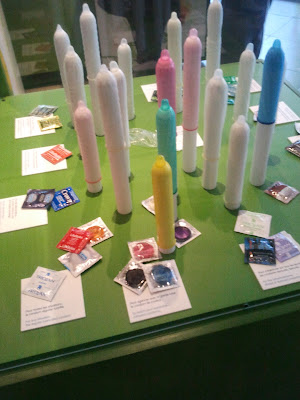 After I took this picture I saw a sign that said "no photos anywhere in this exhibit!" and I thought, "that's strange" but realized why when I turned the corner - 12 larger-than-life images of people (6 male, 6 female), completely naked, at various developmental stages (from infant to puberty to adult to old age). Another display ("we're all different") had pictures of real man- and lady-parts. Another digital display rotated between different combinations of naked body parts (see this pic on the science centre's homepage, warning: nudity). Elsewhere there were two life-sized naked people sculptures.

Plenty of people (including us) were cracking plenty of awkward jokes but the more we thought about it, the more we thought the display was a great idea. It's aimed at awkward kids in puberty who need some reliable information (see the exhibit FAQ; it's a really interesting read) and serves to educate kids (and parents, for educating their kids) about healthy sexuality. The displays - especially the nude portraits of people of all ages - prompted a lot of thoughts and discussion on the difference between sexuality (health and social issues) and sexualization and hyper-sexualization (of society, teens, etc).

Ellen & Vince's kids thought the sex displays were pretty boring so we moved on - they loved the display where you assemble a bunch of big foam blocks into a bridge. We couldn't pull them off!

All of a sudden it was 5PM and the science centre was closing. Time flies when you're having fun! We packed up and Ellen and Vince headed off to a metro, I headed back to the hotel.

I took a different route home and stumbled across these orbs: 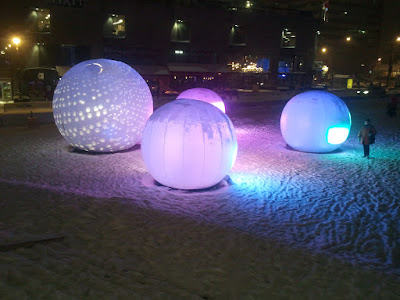 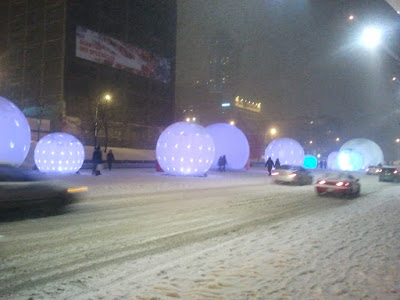 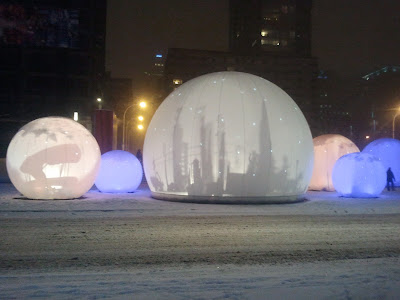 They changed colours and the images on them changed too. When you got close to them they made creepy sounds, like howling combined with wind gusts combined with children screaming. Whatever it was - I liked it!
That's it! I grabbed some groceries and some St Ambroise apricot beer and I am chillaxing once again. 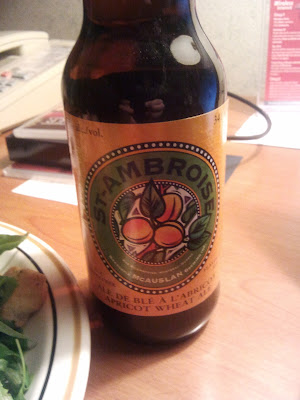 I'm excited for tomorrow morning - I'm checking out an apartment, either on the 10th or 12th floor, that has a ~200 square foot terrace! If I'm in Montreal for a year, I would absolutely love a terrace. The apartment can be crap... but if I can barbecue and drink beer on a terrace, my life would automatically be awesome.
Posted by Brahm at 6:17 PM