Day 9 was another windy day! We stopped at Gullfoss on the way back to Reykjavik, an incredible two-tiered waterfall. Here's Robyn leaning back into the wind: 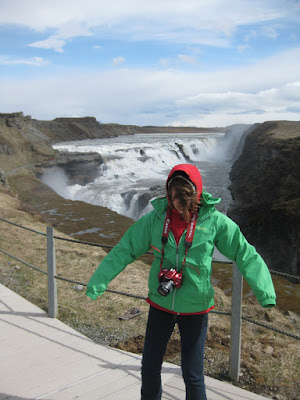 Here's a 16-second clip just to show you the magnitude of the falls, as well as how windy it was outside!


We drove through Reykjavik and tracked down a super-cheap lunch at the IKEA. I don't understand why Iceland, population 330,000, has an IKEA when Saskatchewan, population 1,000,000 does not! 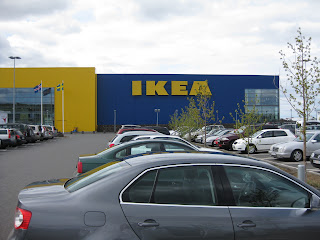 After we were done eating, we walked down some stairs that led us into the IKEA maze! We wanted to go right away but we had to walk through the whole store. We managed to escape without buying new kitchen chairs and a lamp.

Next, we went to the Bridge Between Continents. As it turns out, the volcano that made the island of Iceland straddles the North American and European tectonic plates, and in some places it is quite visible where the divide is. 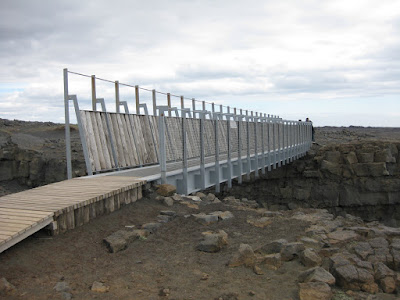 We did a lot of driving on Day 9, and decided to end it by visiting the Blue Lagoon, about 45 minutes outside Reykjavik. This was a "must see" attraction on every tourist list, but I had a bad attitude about it because the water in the other spa we went to was insanely hot and I thought this would be the same. I was wrong! Perfect temperature, really cool facility: 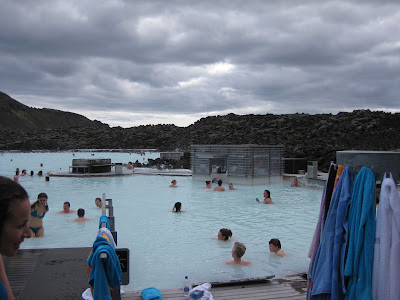 There were buckets of white silica mud at various points in the pool that you could slop on your face for a mineral facial. There was also a bar in the pool that served drinks and fudgesicles. We really could not think of anything grosser than creamy fudgesicles that could be served in a pool. Well, except maybe salad - getting a slimy piece of spinach on you while swimming would be gross.

The pools outside were much bluer! But they weren't heated. We suspect they were man-made, they looked too perfect to be natural. 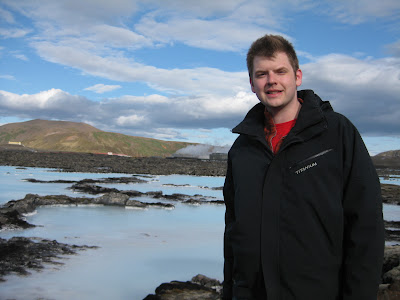 We headed back to Reykjavik to wander around that evening, and the next day before we had to catch our flight. I liked this useful advertisement on a building on the main street: 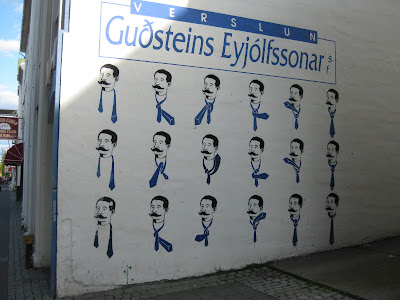 We returned our rental car on Day 10 - it had 22 kilometres on it when we received it (fresh from the factory!). We returned it after putting on exactly 2600 more clicks: 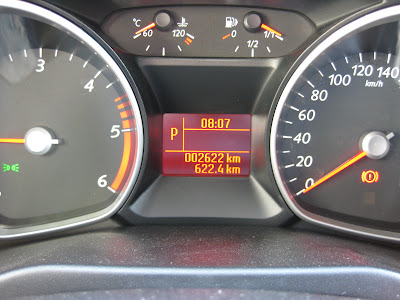 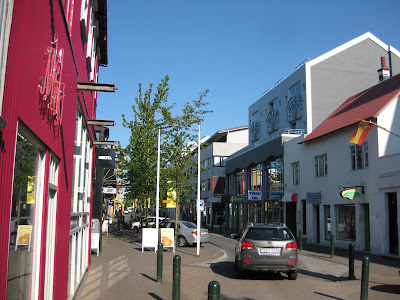 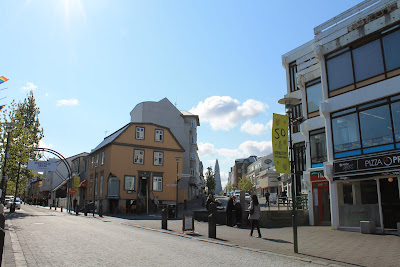 And we went to this little place called Te & Kaffe that I absolutely fell in love with... all the pretty cappuccino machines and coffee mugs and tea cups! I didn't want to leave! 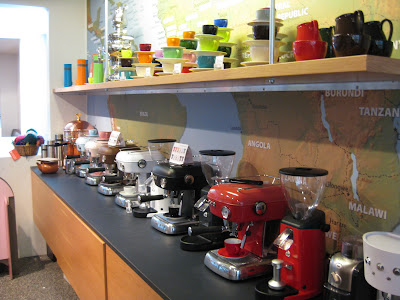 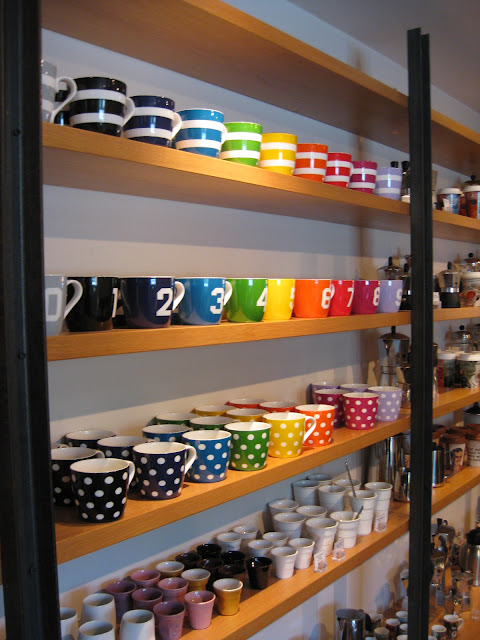 And that was it! We hopped on the airport shuttle, waved goodbye to Ed Force One, and headed back to Canada!

We both loved the trip and we'll always, always remember it. It's such an incredible place - the pictures barely do it justice. Check out all my posts about Iceland with this link, and we highly recommend contacting Nordic Visitor if you're interested in a Scandinavian adventure of your own.
Posted by Brahm at 6:25 PM