Day 2! We woke up feeling well rested - and newly engaged!

Remember, you can click on these pictures to see the big versions.

We set out on our counterclockwise drive around the island for our first stop at Þingvellir National Park (pronounced Thingvellir), the site of Iceland's first parliament - in 930AD! Click the link for the Wikipedia article, it's interesting.

However, something happened while we were sleeping the night before - a volcanic eruption from the Grimsvotn volcano! We could see the haze in the distance: 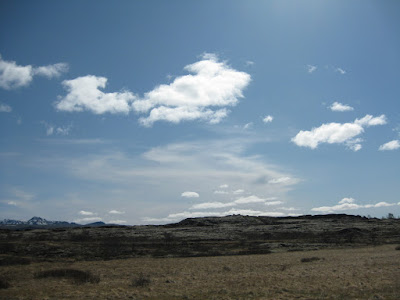 We hadn't heard from our travel agent yet so we kept going. Here is a view from the top of a cliff at  Þingvellir: 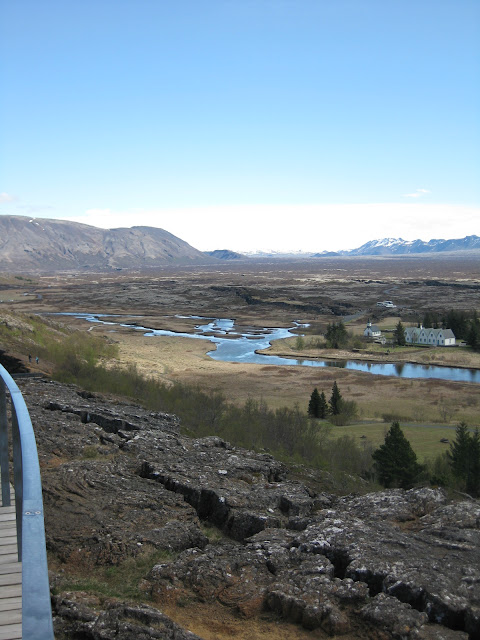 There was also a waterfall! Just a baby waterfall compared to some of the ones we will see later, but it was exciting to us at the time: 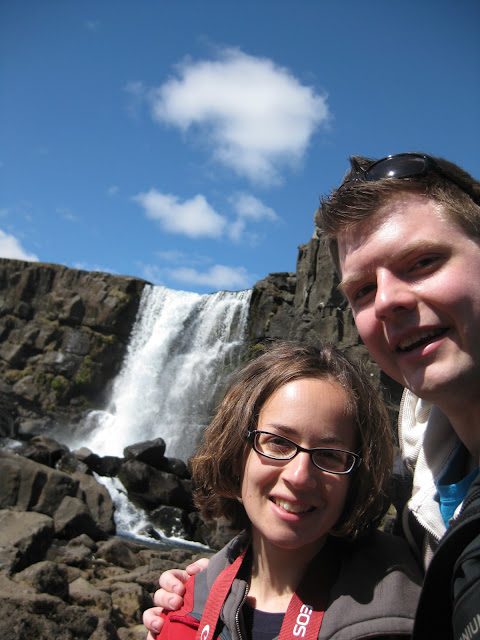 Here is another pic of what was beside the waterfall: 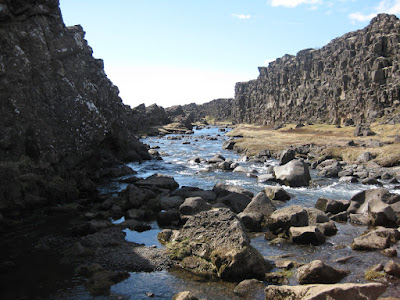 As we were walking back to our car we bumped into a couple that we met while picking up our rental car (trusty HAM 03, named for its license plate). They said their travel agent had called them (we all were provided with cell phones) and said that our trip direction as reversing because of the volcano! Oh no! We called our agent and there was lots of uncertainty, but basically we were to start the trip in reverse and hope for the best.

Next on the attraction list: Geysir (spelled like that). This geyser erupts randomly about once a day, shooting boiling water up to 70 metres in the air. There was a smaller geyser beside it called Strokkur that erupts about every 10 minutes that shoots boiling water up to 30 metres - cool! 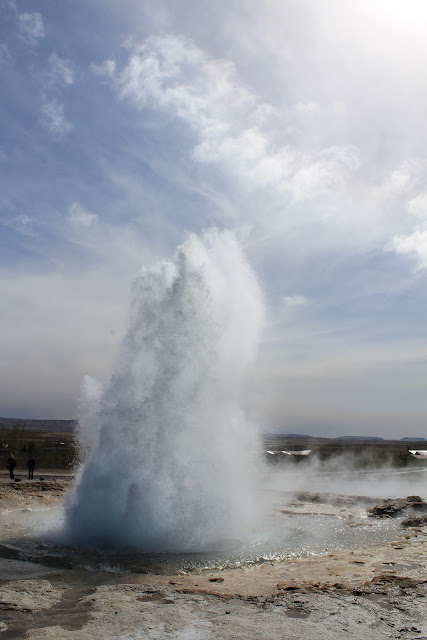 Every photo that looks this good came from Robyn's camera!
Here is a video I shot that captures HALF of an eruption, plus 40 seconds of bubbling and pulsing afterwards. The first 3 seconds are the most exciting.

This day was one of two back-to-back INSANELY windy days. You can hear it in the audio.
Iceland's philosophy to safety in tourism is "use common sense". The only thing separating crowds from the geyser was a tiny rope on the ground and maybe 10 feet. Very different from Yellowstone, which has tons of boardwalks and handrails to keep you from wandering.

By this point we decided that we should reverse our direction, as the travel agent said, and start heading to the new first non-Reykjavik town of the trip, Grundarfjörður. On the way we drove through the Hvalfjörður Tunnel, which is apparently unsafe because of bad lighting and no fire suppression! But it was still cool for two nerds, a 6km long tunnel that goes 165m under water through solid rock. 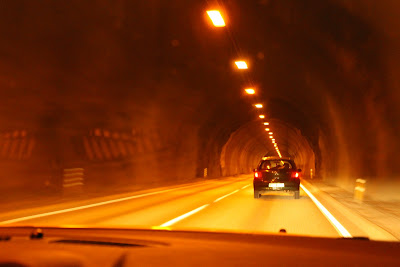 Extra nerdy, I just found a Tunnels in Iceland page on Wikipedia, haha.

We checked into the Framnes hotel and went to bed early because we were both still jetlagged!

More: Robyn posted a general overview of how we did the trip and the full route we took. She also posted a shot of some of the amazing scenery, including her engagement ring!
Posted by Brahm at 3:34 PM