I'm totally smitten with US National Parks. On our last two vacations, Robyn and I have explored: 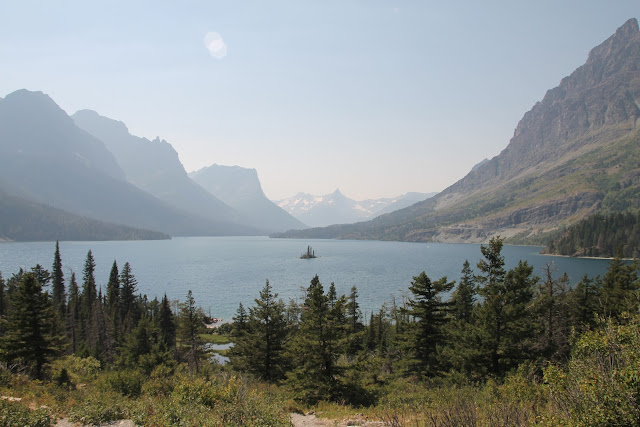 There's so many incredible scenes, geological features, and wildlife in the national parks it's stunning; you feel transported through time. 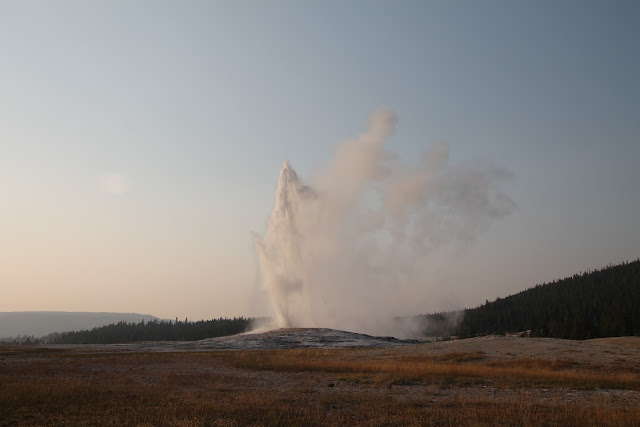 I'm halfway through a documentary series called National Parks: America's Best Idea, produced by Ken Burns. He dives into the history and modern-day challenges the parks face over 6- 2-hour episodes. 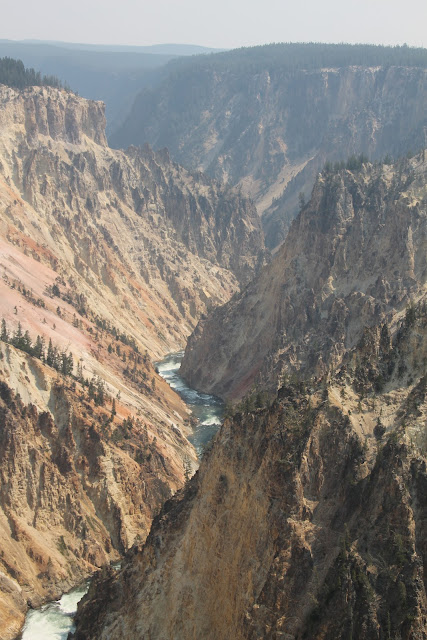 The Grand Canyon of Yellowstone

The history is incredible enough. In the late 1800s, industry was driving America's development, and it was moving at a whirlwind pace. Forests were being cleared for timber and grain fields, valleys were being dammed for drinking water and power, and known national wonders (like Niagara Falls) were bastardized and turned into horrible tourist traps. It was the foresight of a few dedicated conservationalists who pioneered the idea that some places are so beautiful that they must be preserved for future generations, at all costs. 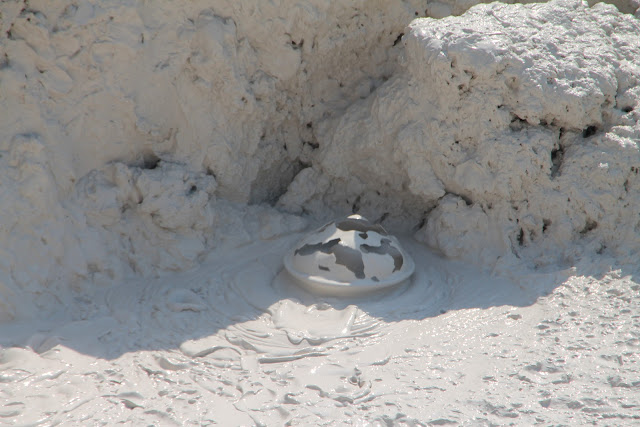 It was hard at first. After the US Congress established the first national park (Yellowstone), they didn't set aside any funds for it - the logic was that trees didn't need money to grow. Growing numbers of visitors were taking their toll on the parks, and three different brances of the army claimed some responsibility for "guarding" the parks. But as an increasing number of visitors was taking their toll on a growing number of parks, the National Park Service was created to protect and manage those resources. 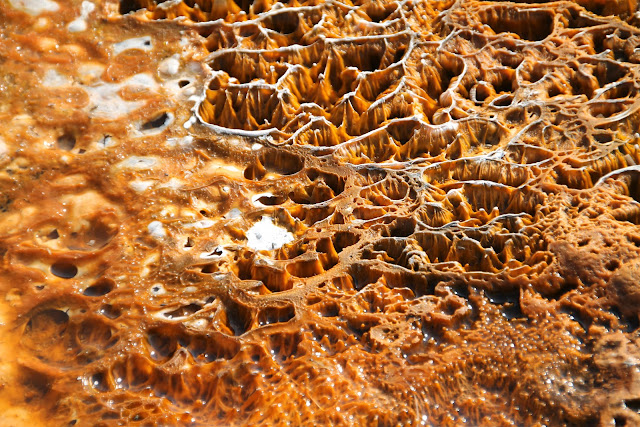 Close-up of bacteria mat in a sulfur pool in Yellowstone

Knowing the history makes you appreciate the parks so much more. For instance, without a National Park designation, Yellowstone and others would have devolved into an ugly, casino-filled tourist trap much like Niagara Falls is today. Without the efforts of an EXTREMELY small number of dedicated humans, we simply wouldn't have publicly-accessibly nature spaces to enjoy! The land would be lost to development or gobbled up by wealthy individuals. 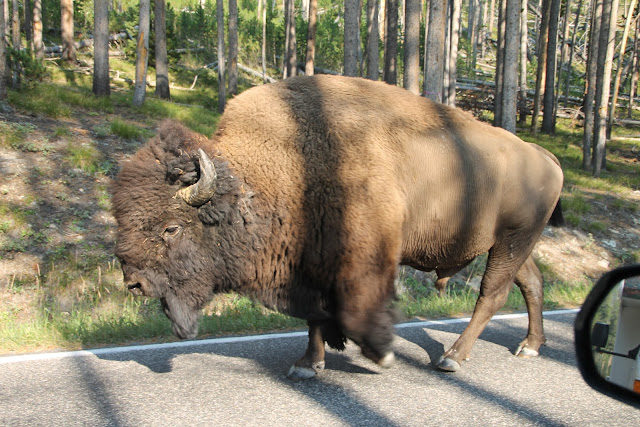 I hope I get to see many more parks, both American and Canadian. They're just special places that I feel like I need to experience.
Posted by Brahm at 9:00 AM 0 comments


Robyn and I got married a month ago: August 18, 2012 at the Berry Barn outside of Saskatoon.

The wedding couldn't have been more perfect. Everything and everyone looked amazing, most of all Robyn. 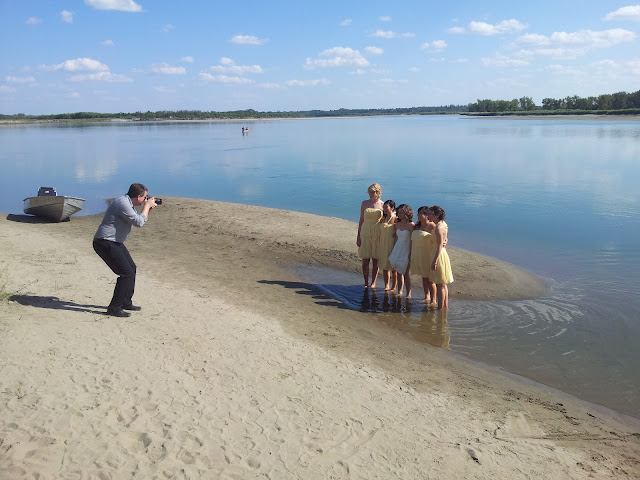 I started the day by taking my groomsmen out for breakfast at Jerry's Food Emporium. From there, we went to my parents' house where we changed into our tuxedos. Kudos to Devin for figuring out how to fold the silk pocket thingy.

We met up with the girls downtown - they all looked incredible - and started on our wedding photos. We took some shots by the river downtown, by the synchrotron, then a few more out by the Berry Barn before the ceremony. I drove alone to the Berry Barn, pumping myself up with some heavy metal.

Our officiant was the pastor from Robyn's family's United Church in Humboldt. She did an incredible job putting together the right ceremony for us: secular-leaning (with a couple multi-denominational prayers), and lots of beautiful language about love and commitment and our relationship. Robyn's dad (keyboards and vocals) and sister (vocals) were going to perform "The Rainbow Connection" during the registry signing, but it was so good at the rehersal that we said "play it, we'll sign the documents after the song is done". We hired a string quintet that learned Abba's "I Do, I Do, I Do" for the recessional. All the music was incredible!

The turnout was incredible, too - we invited about 120 people, and almost everyone made it (we'd read that we should expect 20% absenteeism). Almost every person from our four families was in attendance, plus many close friends. It was so great to see everyone there.

Cocktails were served right after the ceremony, then dinner, then speeches and toasts. Our friends and family really worked hard on their speeches - they were all funny, moving, well-prepared, heart-felt and emotional. A LOT of people commented on how good they were. And even though they lasted a while, no one seemed to mind.

At sundown, a bonfire was started in a fire pit. Those who didn't leave to escape the mosquitoes gathered to chat with each other. The night ended relatively early (10:30pm), which was okay with me and Robyn because we were exhausted.

We should be receiving our wedding photos soon! I'll share a few on the blog. It was such a fun and meaningful day; hard to summarize in blog form. Thanks to all of our friends and family for their love and support.
Posted by Brahm at 7:06 PM 0 comments