Day 8 was Action Day because we did so many things!

The first thing we did was go on a short hike to see a part of the Vatnajökull glacier (the largest in Iceland). Kind of like the one we saw on Day 7, but it wasn't breaking off big chunks that were floating into the ocean. This one was inland, and was still covered in ash from the May 21 eruption. 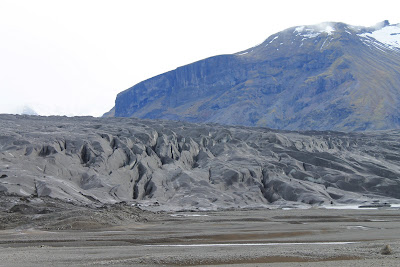 It's... that big black thing. It was cooler in person, but the beauty was diminished by the ash cover.

As we were driving, some of the landscapes were just crazy. Here's a picture I snapped out the car window of (what I believe to be) old lava bumps covered in old moss and recent ash. 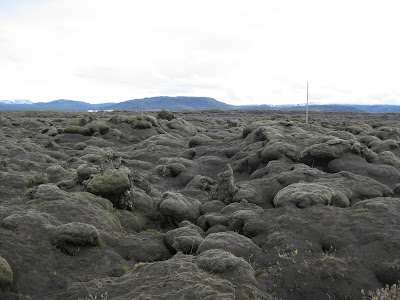 Next we went to Dverghamrar, a small formation of hexagonal lava shafts. Very neat! 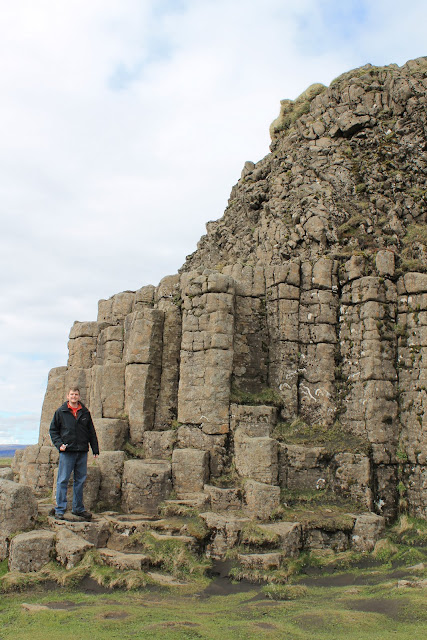 This wasn't really a waterfall but a double waterslide behind a town. I forget where exactly this was. 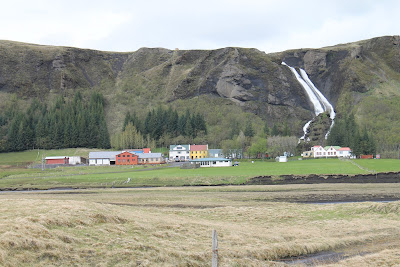 Next: one of my favourite parts of the trip: Fjaðrárgljúfur Canyon! We hiked along this ridiculously immense canyon/ravine with a river at the bottom. The further we went, the higher up we were - we were at least a few hundred feet above the bottom of this STEEP canyon by the time we got to the end. Here are two shots that illustrate that: 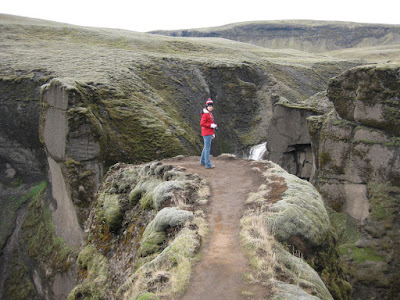 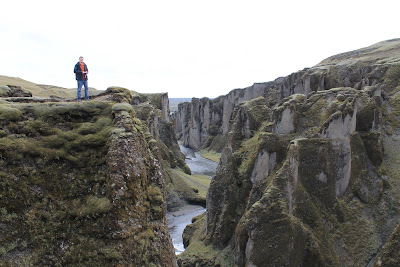 I shot a little 24-second clip of what it's like looking over the edge:

We saw a black sand beach next! It was far from beach weather so we just walked out, snapped some shots, picked up some rocks, and walked back to the car. This was very close to a puffin nesting area - we tried to go there next but there was a whole area of the island closed during May-June for nesting season. Oh well! Next time. 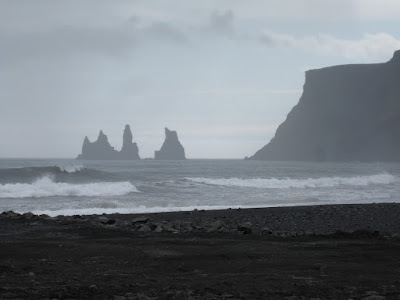 Another big waterfall! Skógafoss, this time. 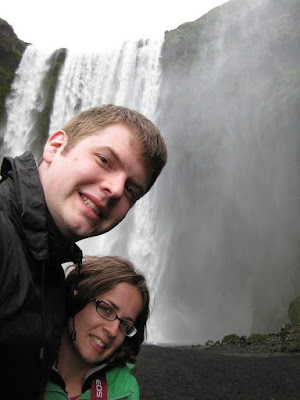 The last stop of the day: Seljalandsfoss! One of the coolest waterfalls because we could actually go behind it!! 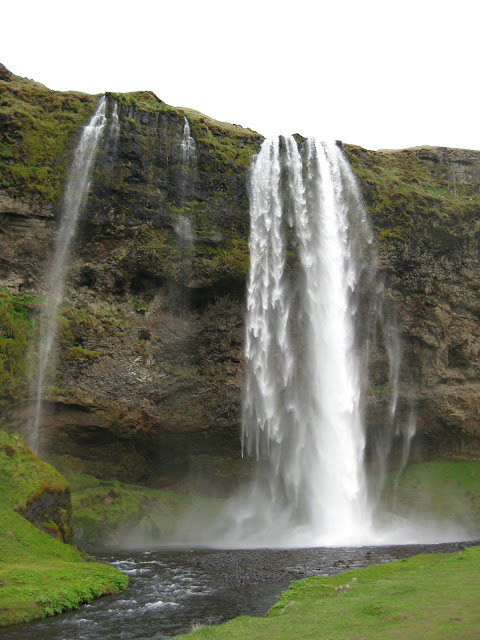 After: a bit damp: 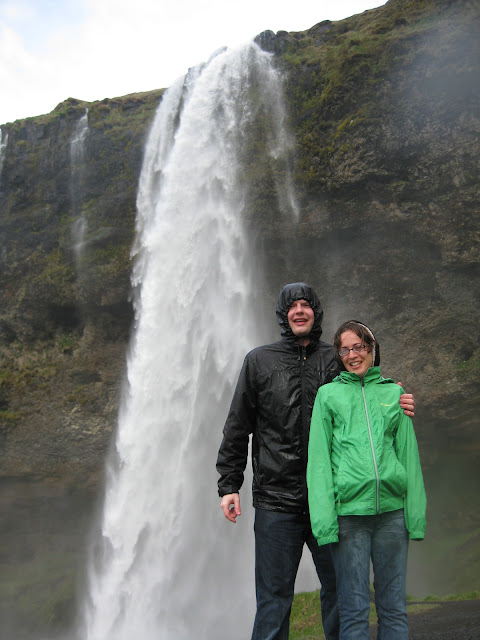 That's it for Day 8! STAY TUNED for a massive double waterfall, IKEA, a bridge between two continental plates, and the Blue Lagoon!
Posted by Brahm at 6:53 PM