Day 4 of Iceland! You can see all of my posts in the Iceland series of blog posts by clicking here, and don't forget to check out Robyn's blog too.

Click on the images to see the big versions.

Day 4 was an action-packed day - we did a lot of stuff! We started off my driving around quiet peninsula on a gravel road, North of where we stayed on the previous night. We stopped to look at some Icelandic horses/ponies and they were interested in us! 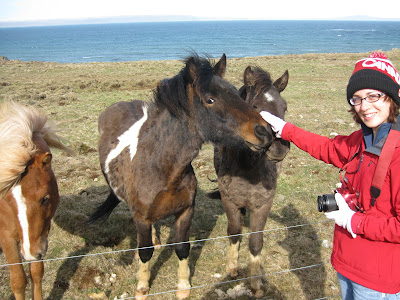 On the west side of this peninsula was a viewing point to this neat rock formation beside the ocean, called Hvitserkur. 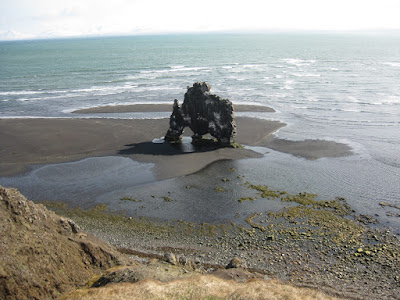 We continued on the gravel road and saw a neat "fort" called Borgarvirki that is on top of a volcanic plug. The way the rock formed made it brittle and it breaks off in sheets. Sometime in history, Icelanders/Vikings used the brick-shaped rocks to build a fort! No one really knows anything else about this place. 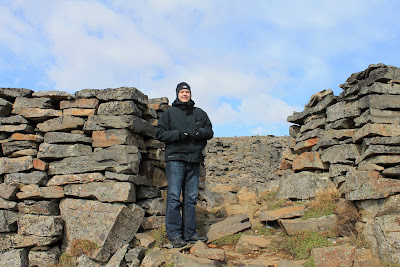 Okay.. the unhealthiest thing I ate on this trip. We stopped at a little gas station in Akureyri (referred to as "the Capital of Northern Iceland" and got hot dogs - a national favourite. All of the signs were in Icelandic, and I always like to try new and possibly gross things when I have the chance, so I pointed and ordered at something that had chicken and fries on it. This is what I got: 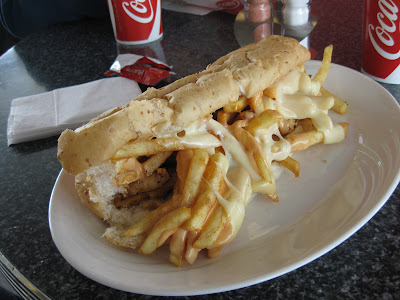 It was.... greasy. Technically flavourful from some sort of chipotle sauce on it, but after 4 days of pretty healthy eating this was a system shock.

In Akureyri I bought fish chips, which is either a popular Icelandic snack or something that every store carries to humour tourists like us. 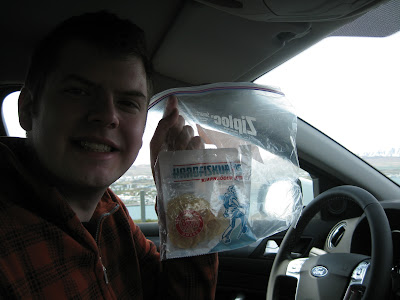 Opening the bag made the car reek like fish. Robyn made me keep them in a ziplock and I was only allowed to eat them outside, far away from the car. Jeepers!

Next stop: Goðafoss, the Waterfall of the Gods! 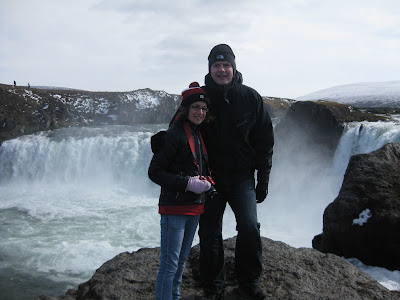 Because there are no fences or anything keeping people far away from the natural attractions in Iceland, we walked over some rocks and peered over the edge of the falls - just feet away from a 12 metre drop! 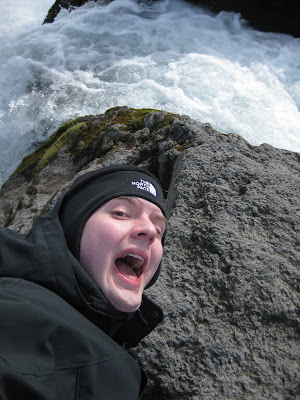 Next, we checked into our hotel in Reykjahlíð. This is a small, 300-person town beside Lake Mývatn, an area chock-full of attractions - so much that we were spending two nights in this hotel. The night was still young so we decided to check out Dimmuborgir after supper. 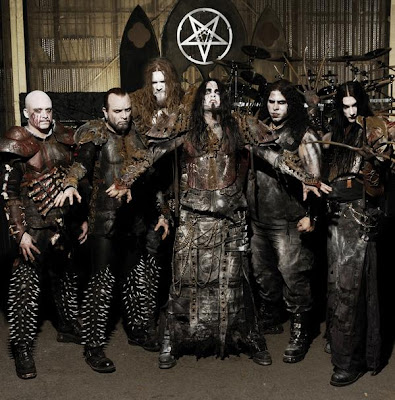 Here's Robyn inside a huge lava cave called "the Church" after it's steeple-like entrance on one side. 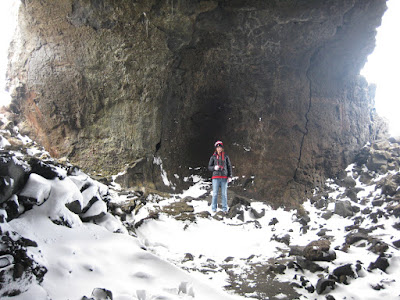 Here's me in front of the entrance: 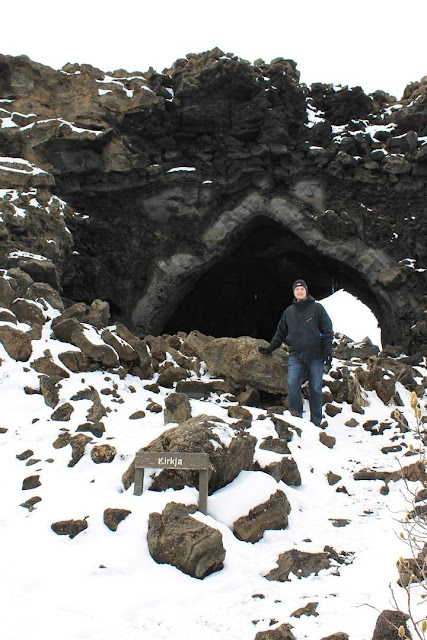 "Kirkja" translates to "Church".
That was it for Day 4! Well, not really, there were so many more pictures.. but we can't share all of them!