On Wednesday night I went to see a Montreal Impact soccer game! I under-prepared for an evening game in April and was freezing for the whole two hours, but it was a lot of fun to watch! 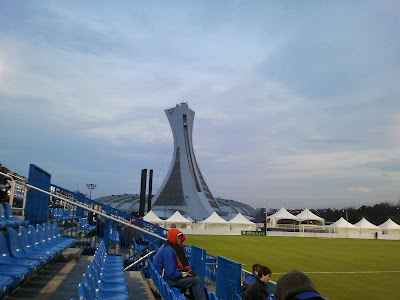 I arrived a bit early and I was worried no one else would show up, but by the time play started the stadium was about one-third full, which is pretty good considering there was a Canadiens game on that night!

Montreal has one section of nutty fans. Apparently they can light smokey flares when the game starts: 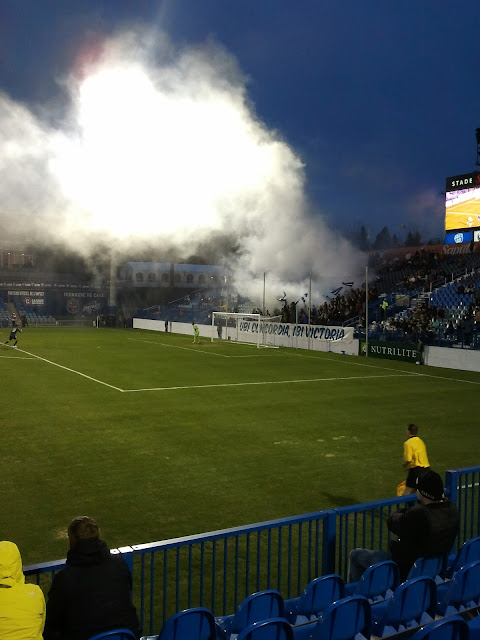 Not knowing which colour was which, I loudly cheered for blue (the colour of the whole stadium and all Montreal Impact merchandise) until the pink team made a good play and the stadium erupted in cheers. Oops, I guess Vancouver was blue. I switched and cheered for pink. 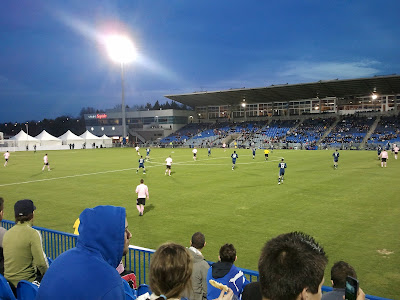 Vancouver scored a goal about 60 minutes in, and the game remained at 1-0 until the end. In a last-ditch effort to help the team score another goal, Montreal fans lit a red smoke bomb in their stands: 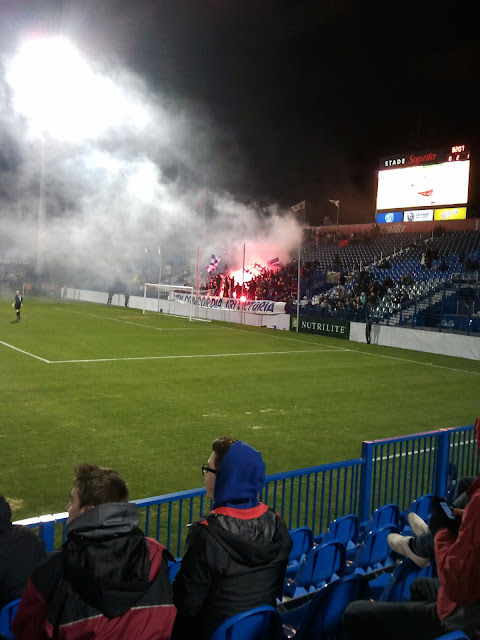 It didn't work.
All in all a very fun night! I'd much rather spend $25 bucks on watching a soccer game than hang around my apartment alone, so I think I'll make a habit of attending the home games.
Posted by Brahm at 6:06 PM